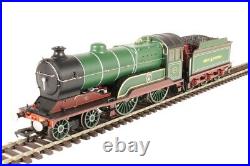 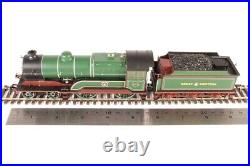 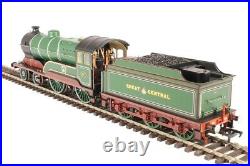 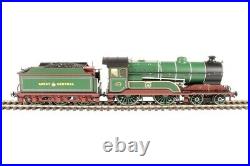 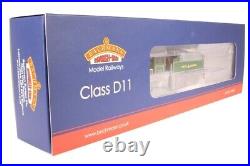 The locomotives received the classification of D11 (GCR Class 11F) and became known as the'Improved Directors'. They were named after GCR Directors, Royalty & WW1 battles and the first batch was delivered between 1919 and 1920. A further six were built in 1922 due to their popularity. On its creation in January 1923, the London & North Eastern Railway (LNER) found itself short of express passenger trains. The original GCR Class D11s were classified as D11/1 and the NBR locomotives as D11/2.

Twenty-four D11/2 locomotives were delivered over five months during 1924, carrying names of characters from the works of Scottish author, Sir Walter Scott. Withdrawals of the locomotives only began in 1958 but were rapid, with the last of the D11/1s disappearing in December 1960 and the final D11/2 being taken from the tracks at the beginning of 1962. The Class D11 is widely acknowledged as Robinson's most successful express passenger design.

Please note: Any track in photos is included for display purposes ONLY, NOT INCLUDED. We try our best to describe items and show accurate pictures of them.

However, some manufacturing packaging and colours can vary. Packaging can sometimes be unavoidably damaged in the post. If the packaging is of importance to you please let us know in advance. Please note, we need one days notice for this, to allow for the item to be reserved and put to one side for you.

This will avoid any disappointment. We have a shop in Sittingbourne Kent and are very happy to meet and greet our customers. Models come in many different designs, sizes and shapes. We ask that you give us as much information about your model as you can, including part numbers where possible, find so that we can answer your questions.