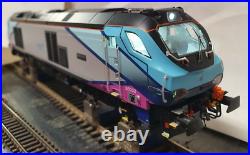 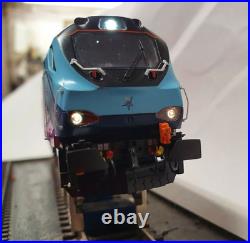 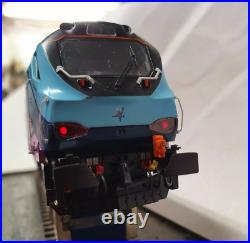 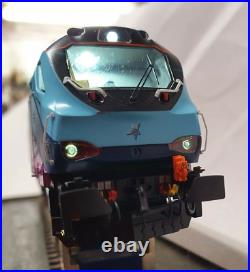 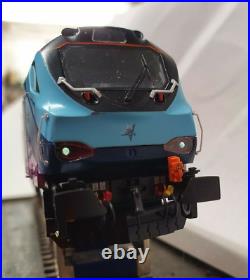 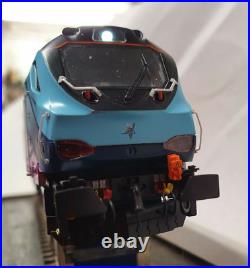 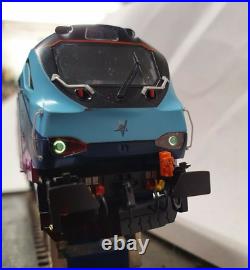 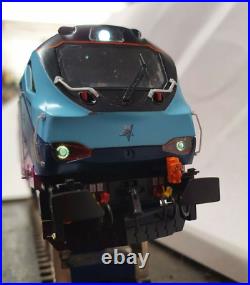 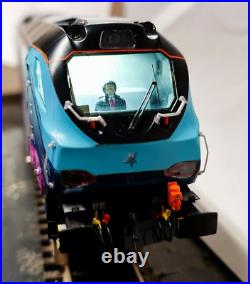 Dapol OO Gauge Class 68 converted to DCC Sound by CR Signals. Brief History of the Loco. The Class 68 is a type of mainline mixed traffic diesel-electric locomotive manufactured by Stadler Rail (and previously by Vossloh España) for Direct Rail Services in the United Kingdom. The design is derived from the Stadler Eurolight, and Stadler's product name for this variant is the UKLight. Full DCC Sound Conversion of Dapol OO Gauge Class 68 Using a LokSound V5 decoder.

Cab Interiors Painted to Improve the Look of the Cab Lights. Below Shows a Brief Summery of the Instruction.

One of three random horns. Locomotive will move a short distance, pause briefly and then return to its original position with uncoupling sounds. Active brake application (when moving) / Brake dump (when stationary). Activate Braking for more direct control over deceleration as it reduces the stopping distance by 80% and also reduces the top speed of the locomotive by 1/3 if left activated. If you feel that the locomotive is taking to long to stop, the stopping time is controlled by CV 179.

When the locomotive becomes stationary, you can activate brake "Dump", which is waste gases released from the braking system. Parking Mode can be activated by activating F5 and switching off the Headlights (F1), this will activate the red lamps at either end of the locomotive, giving the impression that the locomotive has been stabled, with Paired Mode, the Parking Mode is applied to each end of the entire train, displaying reds at both ends. Switching on the lights (F0) overrides Parking Mode, deactivating the reds at one ends. Only displays top marker light with rear lights, must be used with F0. Can be used in combination with other light functions. Rear lights off with F18. Only displays headlights with rear lights, must be used with F0. Only displays Halo Lights with rear lights, must be used with F0.

Cab lights turned on, and then turned off once the locomotive travels a short distance. Auto Cab Light Over Ride. Stops movement turning off the cab lights, so they're manually operated. Light Engine / Heavy Train.

The user will still need to stop the train by setting speed to speed step 0 on the handset! Warning bleep for passing a "green" signal. This item is in the category "Collectables\Model Railroads & Trains\Railroads & Trains\Locomotives".

The seller is "cr_signals" and is located in this country: GB. This item can be shipped to United Kingdom.