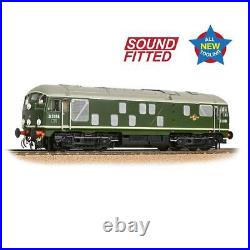 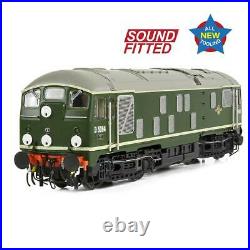 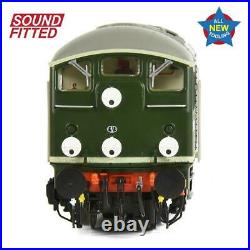 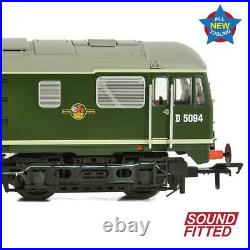 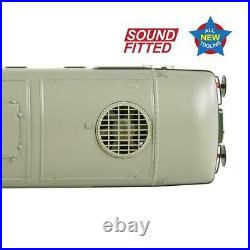 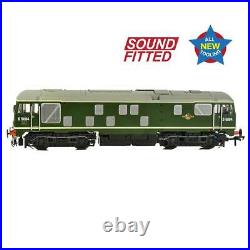 Bachmann are delighted to introduce this SOUND FITTED model of the all-new Branchline Class 24/1 No. D5094 in BR Green livery as part of their Summer 2021 British Railway Announcements.

They've taken a fresh look at the classic Class 24/1 with Headcode Discs and designed this model from the rails up, developing new tooling to incorporate a wealth of detail coupled with an exquisite livery application. Alongside working directional and cab lighting, this model is also SOUND FITTED offering a fully authentic operating experience - see full details of the sound functions below.

All Class 24s were powered by the reliable 6LDA28-A Sulzer engine which gave an output of 1,160bhp. The Class 24/1s were lighter in weight than the 24/0s, owing to their smaller fuel and water tanks which gave the locomotives wider route availability. Disc headcodes were fitted up to No.

D5113 (24113), after which the remaining 24/1s were built with headcode boxes. The batch numbered D5096-D5113 were all allocated to Gateshead depot in 1966 to replace 9F steam locomotives on the Tyne Dock to Consett iron ore trains. These workings used a special design of bogie hopper wagon and with typical loads of around 1,000 tons, the Class 24s were double-headed and continued in this role until taken over by Class 37s in the 1970s, when the 24s were reallocated to Scottish depots. The first Class 24 was withdrawn in 1967 following fire damage but the last - 24/1 No. 24081 - remained in service until 1980.

24061 survived until 1987 thanks to its transfer to Departmental use and.. This item is in the category "Collectables\Model Railroads & Trains\Railroads & Trains\Locomotives". The seller is "gaugemaster_controls" and is located in this country: GB. This item can be shipped to United Kingdom.