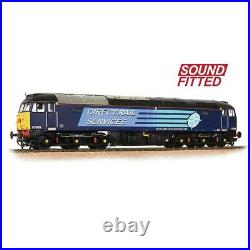 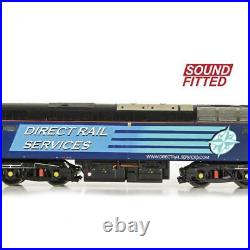 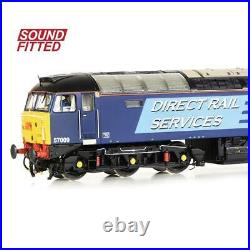 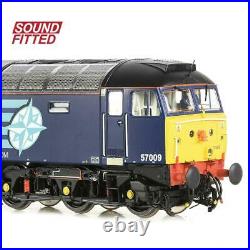 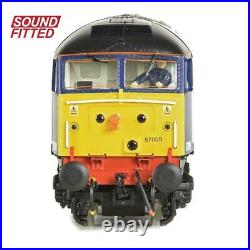 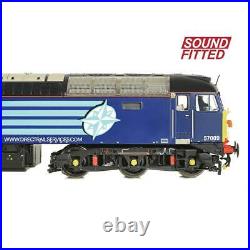 This SOUND FITTED model features realistic running sounds including various Horns, Coasting Feature, Uncoupling Cycle and much more; see full details of the sound functions below. They are fitted with a refurbished General Motors engine and a reconditioned alternator to improve reliability and performance. Enthusiasts have nicknamed the locomotives'Bodysnatchers' because the body of the Class 47 has been stripped, rewired and re-engined.

In 1997, Freightliner placed an order for six Class 57/0 locomotives, with the first being released to traffic in 1998. Twelve named locomotives were built and finished in the company's green/yellow livery. In 2002 Virgin Trains ordered 12 units classified as 57/3, with a revised power unit delivering 2,750hp enabling a top speed of 95mph. They were painted in the company's distinctive livery of red, white and silver and as their primary function was to act as emergency rescue locomotives, they were named after the characters in the 1960s TV series Thunderbirds. The order was increased to a total of 16 and all the locomotives were modified with automatic Delner coupling devices for use with'Voyager' and'Pendolino' units.

Brush Engineering developed a passenger demonstrator locomotive, a type 57/6 for the leasing company Porterbrook, which carried a very distinctive silver and purple livery. In 2007, half of the Freightliner fleet was re-leased by Porterbrook to Direct Rail Services. This item is in the category "Collectables\Model Railroads & Trains\Railroads & Trains\Locomotives". The seller is "gaugemaster_controls" and is located in this country: GB.