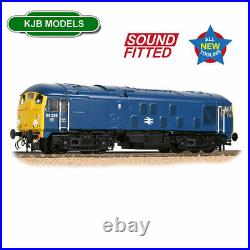 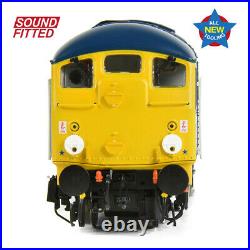 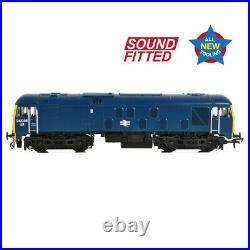 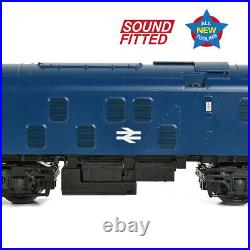 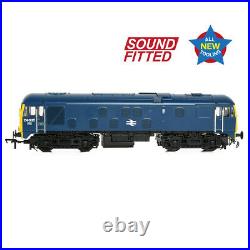 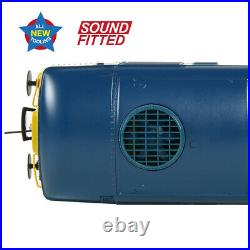 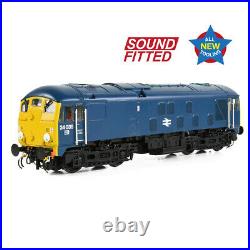 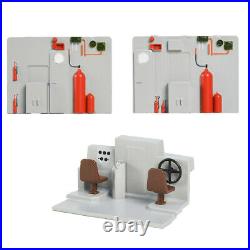 32-416SF DCC SOUND Class 24/0 24035 Disc Headcode BR Blue. Brand new model from our new Yorkshire Model Railway shop. Bachmann have taken a fresh look at the classic Class 24/0 and designed this model from the rails up, developing new tooling to incorporate a wealth of detail coupled with an exquisite livery application.

The widely travelled British Railways Class 24 diesel-electric locomotives, also known as the Sulzer Type 2, were built from 1958 to 1961. One hundred and fifty-one were built at BR's Derby, Crewe and Darlington Works, the first twenty of them as part of the British Railways 1955 Modernisation Plan.

This Class was used as the basis for the development of the Class 25 locomotives. Initial deliveries were for operation in the Crewe and Derby areas, but fifteen of the initial twenty were diverted for use on the Southern Region to cover for delays in the Kent Coast Electrification scheme. All Class 24s were powered by the reliable 6LDA28-A Sulzer engine which gave an output of 1,160bhp. Disc headcodes were fitted to all Class 24/0s along with large fuel tanks and water tanks for the steam heat boilers, although these were later removed in many cases.

The first Class 24 was withdrawn in 1967 following fire damage but the last remained in service until 1980. 24061 also survived until 1987 thanks to its transfer to Departmental use and was one of four Class 24s to be preserved. The Bachmann Branchline range also includes both disc headcode and headcode box versions of the Class 24/1 locomotives. This item is in the category "Collectables\Model Railroads & Trains\Railroads & Trains\Locomotives".

The seller is "kjb-models" and is located in this country: GB. This item can be shipped to United Kingdom.