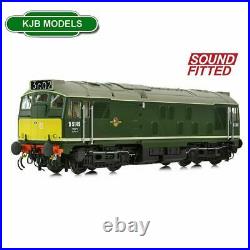 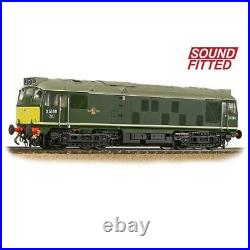 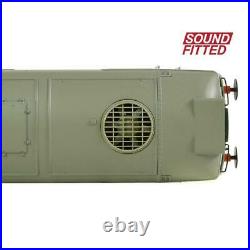 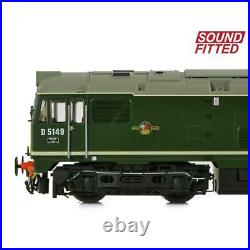 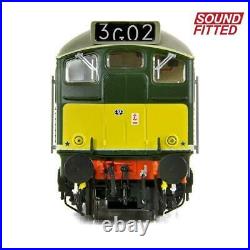 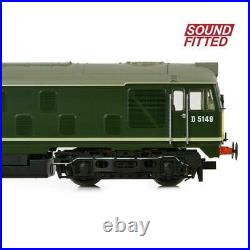 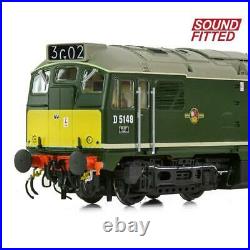 D5149 in BR Green (Small Yellow Panels) With their distinct roof-mounted headcode boxes, these highly detailed models also incorporate many features including working lights and a range of sound realistic running sounds and much more - see full details of the sound functions below. Pristine BR Green (Small Yellow Panel) Livery. Detailed and Decorated Cab Interior. Lighting can be controlled by chassis-mounted switches or via DCC. SOUND FITTED - See below for function list.

2 End (non-Fan) Directional Lights Off. F22 - Cab Light On/Off. Analogue Users: Please note that normal load running sounds and any other automatic or randomised sounds will also operate when this model is used on analogue control (DC) straight from the box! The Class 24/1 locomotives were a development of the BR Sulzer Type 2 design (later Class 24/0), which had been first introduced in 1958.

Built at BR's Derby Works from 1960, the Class 24/1 diesel-electric locomotives were produced in various batches until 1961, with a total of 151 Class 24 locomotives produced by the BR workshops over this period. The batch of locomotives numbered D5133-D5150 latterly Nos. Like all Class 24s, they were powered by the reliable 6LDA28-A Sulzer engine which gave an output of 1,160bhp. The design incorporated some electrical changes from the Class 24/0s, along with a reduced fuel and water tank capacity resulting in a reduction in weight, giving the locomotives a better availability. In later years, the former North Eastern batch of locomotives were sent to Scotland for use in the Edinburgh/Glasgow areas.

Withdrawal from service began in 1968, with the final locomotive No. 24133 being retired in March 1978. The item "BNIB OO Gauge Bachmann 32-441SF DCC SOUND Class 24/1 D5149 BR Green Loco" is in sale since Thursday, April 8, 2021. This item is in the category "Collectables\Model Railroads & Trains\Railroads & Trains\Locomotives". The seller is "kjb-models" and is located in Hensall.