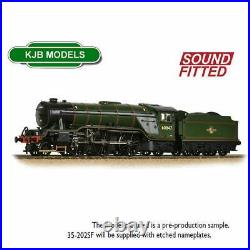 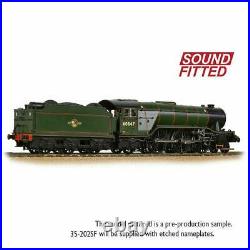 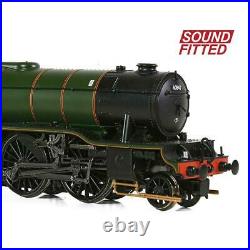 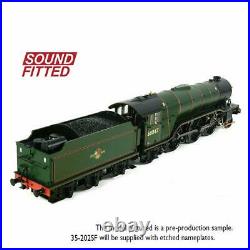 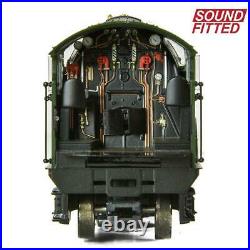 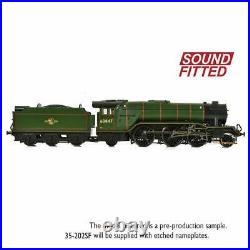 35-202SF LNER V2 60847'St Peter's School' BR Lined Green. Brand new model from our new Yorkshire model railway shop. Analogue Users: Normal-load running sounds, acceleration steam chuff sounds and any other automatic and randomised sounds can be enjoyed when using this model on analogue control (DC) straight from the box - these sounds will play automatically when power is applied! 60847'St Peter's School' in BR Lined Green livery with Late Crest, this model utilises the new Branchline tooling that has been developed for the V2 incorporating a wealth of fine detail, authentic livery application and a firebox glow and flicker feature. This new model is sure to make a fine addition to any steam-era collection! Pristine BR Lined Green (Late Crest) livery. Supplied with etched'St Peter's School' Nameplates.

F6 (MOVING) - Firebox Door Open (red firebox light flickers and yellow light pulses in time with the exhaust). F10 - Shovelling Coal (F6 must be On to activate this function). F11 - Blower (with F6 On and the locomotive stopped the red and yellow firebox lights will also flicker). F12- Hand Brake (locomotive will not move with the Hand Brake applied). F13 - Water Tank Filling.

The V2s were the only significant class of 2-6-2 tender locomotives used in Britain. 184 locomotives were built at Doncaster and Darlington Works, construction continuing through the Second World War as they proved their usefulness. The V2 was developed from the Class A1/A3 Pacifics with smaller driving wheels and a shortened boiler. During WW2, the V2 locomotives achieved fantastic performances of haulage. Trains of over 20 carriages loaded to 700 tons proved within their abilities.

The most famous locomotive of the Class is No. 4771'Green Arrow' later No. This item is in the category "Collectables\Model Railroads & Trains\Railroads & Trains\Locomotives". The seller is "kjb-models" and is located in this country: GB.