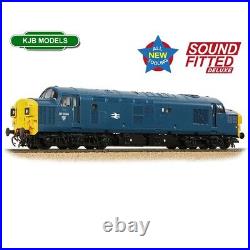 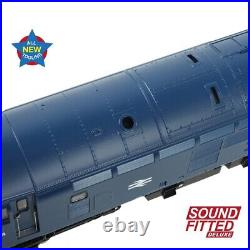 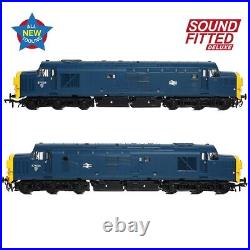 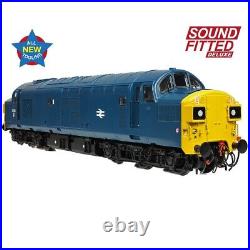 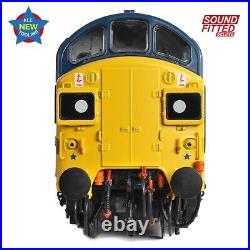 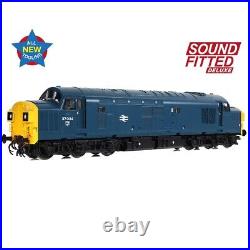 Analogue Users: Please note that normal load running sounds and any other automatic or randomised sounds will also operate when this model is used on analogue control (DC) straight from the box! F0 - Directional Lights - On / Off (plus Light Switch Sound).

2 End Directional Lights Off. F24 - Engine Room Lights. Fan Operation and Sounds are activated as part of the Sound Project with F1 On. F10 allows you to override this and activate on demand (not applicable to Sound Project 1 - Class 37/0s as-built).

This all-new OO scale Class 37 has been designed from the rails up to ensure this classic locomotive is modelled more accurately than ever before, whilst the technical specification is equally impressive and incorporates the same great features as the all new Bachmann Class 47. With high fidelity mouldings, numerous separately fitted parts and countless tooling variations to capture the minutiae of the real locomotives throughout their lives, this new 37 is brought to life with an exquisite livery application using true-to-prototype colours, fonts and logos. Along with an unprecedented array of lighting features, our Dual Fitted speaker system brings this SOUND FITTED DELUXE model to life and what's more, it also features our award-winning motorised radiator fan and authentic tinted windscreen glazing! SOUND FITTED DELUXE - Fitted with a Zimo MS450P22 DDC Sound Decoder. DETAIL VARIATIONS SPECIFIC TO THIS MODEL. Split Headcode Panels - Glazed displaying'Dominoes. Rivetted Boiler Roof with Double Row of Rivets. Original Open Boiler Port and Safety Valves. Sealed Water Filler Door and Plated Access Steps. Original Water and Fuel Tanks. BACHMANN BRANCHLINE CLASS 37 SPECIFICATION. Five pole, twin shaft motor with two flywheels providing drive to both bogies. Separate metal bearings fitted to each axle.

Yard Light' mode, red tail lights and/or marker lights displayed at both ends (when used on DCC). Authentic light colours and temperatures selected for each model based on era and application.

SOUND FITTED DELUXE models operate on DCC and Analogue control as supplied. On Analogue, an authentic engine start up sequence and running sounds are produced when power is applied. Authentic liveries applied to all models.

Multiple paint applications employed on each model using BR and corporate specification colours. Logos, numerals and text added as appropriate using multi-stage tampo printing using authentic typefaces, logos and colours. In addition, where applicable Etched Nameplates and Plaques are also provided. The British Rail 1955 Modernisation Plan paved the way for the large-scale replacement of steam traction with diesel locomotives, and one of the most successful diesel locomotive designs to result from this was the English Electric Type 3. These 1,700hp Types 3 diesel-electric locomotives were built at English Electric's Vulcan Foundry and by Robert Stephenson & Hawthorns between 1960 and 1965, with 309 examples produced in total.

When TOPS was implemented the type was designated Class 37. The class proved popular with railwaymen and so in 1985, a major refurbishment programme for the Class 37 locomotives was sanctioned to extend the working lives of 135 locomotives.

Features of the refurbishment involved plating over the four-character head codes and sealing off the nose end communication doors. A new subclass was created for locomotives refurbished with Electric Train Heating (ETH) equipment, allowing their use on passenger trains the whole year-round. The Class continued to be widely used into the Privatisation-era, with examples operating for the likes of EWS, DRS, West Coast Railways and Colas, whilst others have received'retro' heritage repaints. This item is in the category "Collectables\Model Railways & Trains\Railways & Trains\Locomotives". The seller is "kjb-models" and is located in this country: GB. This item can be shipped to United Kingdom.