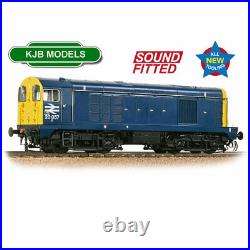 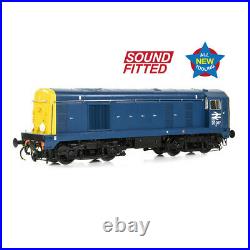 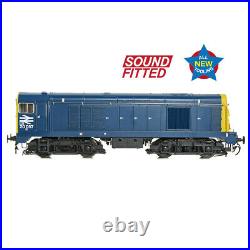 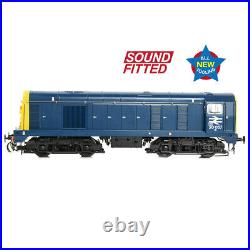 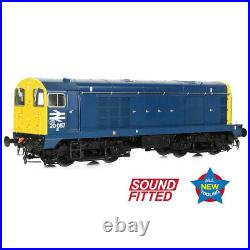 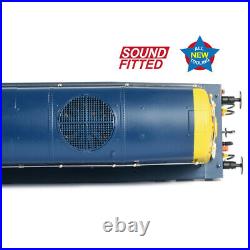 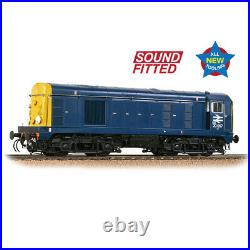 Brand new model from our new Yorkshire model railway shop. Directional lights and basic Prime Mover (engine) sounds, which vary with speed, plus any other automated sounds, can be enjoyed when using this model on analogue control (DC) straight from the box! 20057 in BR Blue livery. Designed from the rails up, this all-new model brings our classic Class 20/0 right up to date, capturing the subtle lines of these distinctive locomotives. Our BR Blue model includes era-specific details such as the Oleo buffers and fluted equalising beams on the bogies.

With disc headcodes at each end, the accessory pack includes a selection of discs allowing modellers to fit the combination best suited to their requirements. Technical features include fully functioning directional and cab lighting, whilst this SOUND FITTED model features realistic running sounds including various Horns, Warm or Cold Engine Start, Wagon Snatching & Buffering and much more; see full details of the sound functions below.

Powerful 5 pole motor with twin flywheels. Lighting can be controlled by easy-access switches or via DCC. SOUND FITTED - See below for function list.

The British Railways Board's (BRB) 1955 modernisation plan called for a change to alternative forms of traction and manufacturers were asked to produce trial or initial designs for evaluation. English Electric adapted an existing design based on an export model for a 1,000bhp diesel and 20 were built as a pilot scheme for assessment. The first batch was built in 1957 and the diesels were assigned to work from Devon's Road depot, East London. The design was a success from the start and by 1962 a total of 127 had been built. Following assessment of all the Type 1 diesels, BRB placed a further order increasing the total to 228 by 1968 and the design became the BR standard for 1,000bhp diesel locomotives.

With the introduction of TOPS the locomotives were designated Class 20 and renumbered 20001 to 20228. The Class 20s worked over the Eastern, London Midland and Scottish regions as well as into Wales and were commonly associated with coal traffic. The only drawback the Class had was its single end cab, unlike modern designs that have a cab at each end.

BR's decision to switch to Type 5 and in particular Class 60 diesels in the late 1980s started a gradual withdrawal of the fleet, with just 28 left by 1994. At least 28 of the class are now preserved. This item is in the category "Collectables\Model Railroads & Trains\Railroads & Trains\Locomotives". The seller is "kjb-models" and is located in this country: GB.